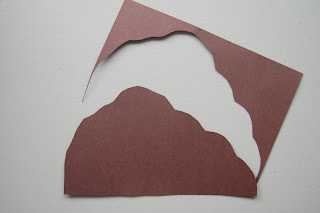 My son desperately wants a Bob the Builder party.
But I’ve struggled with this, wanting to honour his wishes but not wanting to buy into the whole commercialism thing.
So, we’ve come to a compromise.
He’s having a Dirt Party!  and Bob is invited.
We decided to make a Dirt Cake, and have a little plastic Bob keyring head which can poke out of the dirt.  (I’ll share the recipe on here soon)
So, of course, we had to make Dirt and Bob invitations too.
From a A5 piece of brown cardboard, I cut out a dirt shape. 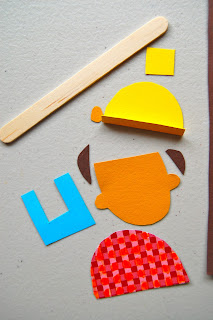 Then we cut out all the pieces to make Bob.
His face, with ears half way down the head, and hair pieces to cover his ears.
A shirt made from plaid cardboard (we coloured in some of the squares orange) and a pair of blue overall straps.  A hat, a nose and a yellow square for the front of the hat.
And brought out a ice-cream stick onto which it will sit. 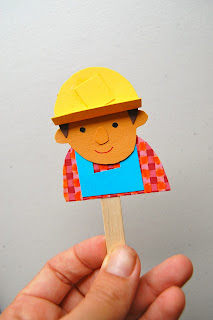 This is it all put together.
Be sure to fold the front of the hat upwards to make a brim.
Add eyes (wide apart) and a smile too. 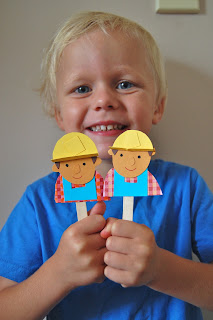 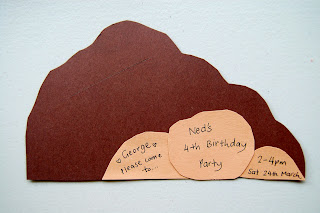 I added ‘rocks’ to the front of the invitation with all the details of the do. 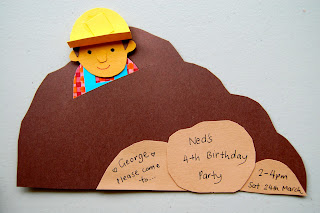 And cut a slit on an angle into the dirt itself.
This is where Bob pops up! (and down) 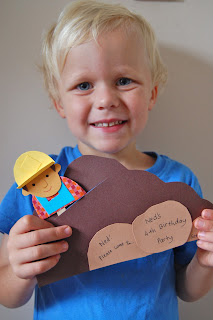 We made these invites for the new neighbours.
Ned couldn’t wait to get out there and be the postman, delivering them to everyone’s letter box.
Such fun!