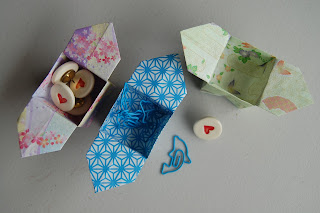 How to make an origami box with flaps.

These origami boxes with decorative wings are traditionally used to hold candy or lollies. But I think they would look pretty darn cute on your desk holding fancy push pins or funky paper clips.
(Don’t you just love the blue dolphin paper clips?  Big W in Australia sell them for about $3 a pack)   You’ll need one piece of single sided, patterned origami paper for each box. 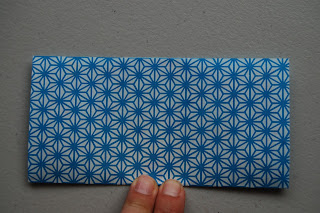 Place the pattern face down.  Fold the paper in half to make a rectangle. (Pattern is now on the outside)  Open it up and fold the opposite way. 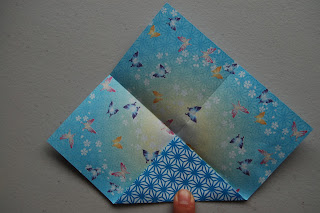 Open it up. You’ll now have a square with a cross fold.  One by one, fold each corner into the centre. 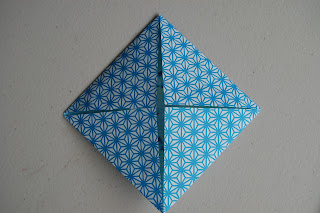 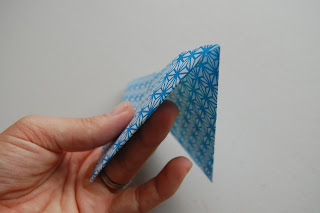 Fold the paper in half, backwards. 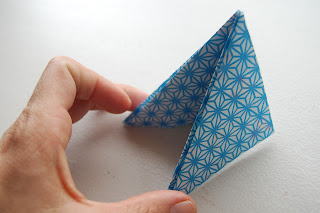 And in half again, sidewards.  Put your finger in one of the triangular folds and open it up… 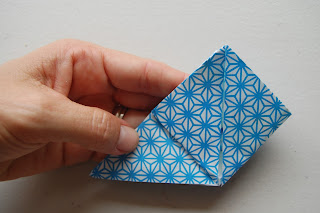 …until it looks like this and becomes a tilted square.  Flip the triangle on the left side of this square over to the right, then repeat the move (from above) so that you now have a diamond. 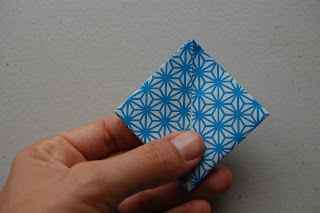 Open up this diamond and pull the paper downwards.. 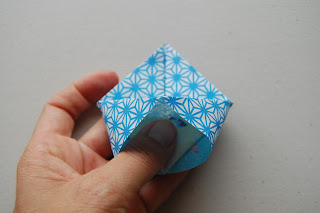 like this, so that it makes a rectangular base. 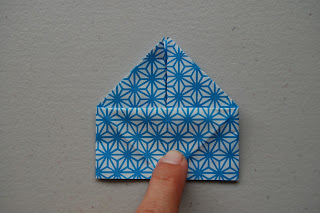 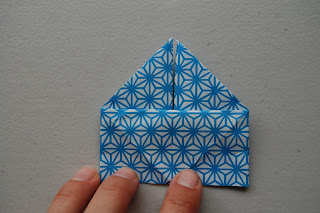 Flip the paper over, and do the same on the other side.  You’ll now have a ‘roof’ that has a split in the centre. 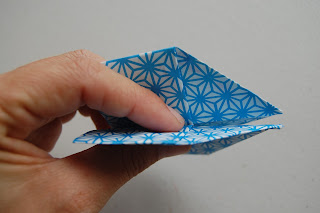 Fold the left and right sides together. 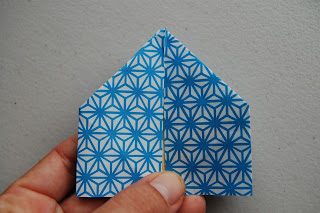 ‘
This makes the same shape but now the sides of the house are long. 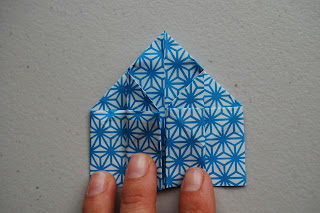 Fold the left and right sides in to meet the centre line.  Flip the paper over and do the same on the other side. 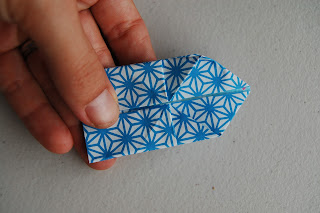 Your paper will look like this. Fold the top points down either way and crease the folds. This will make a small square. 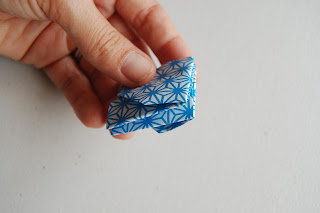 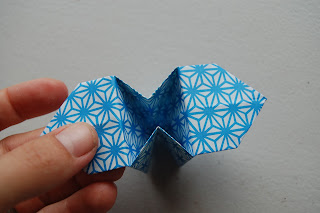 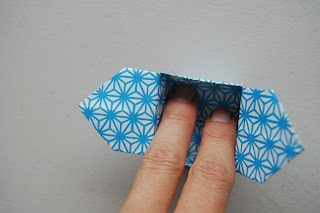 Put your fingers inside the box and push down gently to flatten the base.

Perfect little containers to hold all kinds of tiny surprises.

What would you put in them?