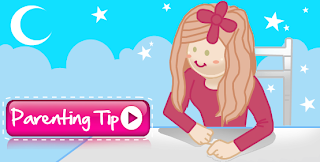 The Art of Inner Conviction and the Effective Parent
Have you ever noticed that children respond better to some parents than others?
You might also know the parents whom, no matter what they do, have a child who ignores them, runs away, screams, tantrums, or just simply states NO, hands on hips, lips pouting.  These are the parents who stand there saying, OK Fred, I’m counting to 3.  1, 2, 3 …ok I’ll make it 5…. 4,  come now, I’m nearly there… 4 and a half, 5…  and still haven’t got them to do what they want them to do.
(Most of us have probably been there at some time.  Just hopefully not all the time!)
What is the secret that these effective parents have?  Magic in the drinking water?  Perfect children?
No.
It is simple really.  It is called the Art of Inner Conviction.
I once spent the day filling in as a teacher with a class I had just met.  At one point in the day, the children sat outside on the mat as I read them a story whilst the other staff prepared the puppet show.  One little girl came outside still chewing her pancake.  She began to sneak backwards off the mat until she stood up at the stairs with her full mouth. I asked her what she was doing, and she told me in a gurgle that she needed to spit out the food.  I directed her to the compost bin by the veggie patch and continued to read the story to hold the group.  But quickly she disappeared from my sight and began to play in the garden.  Dilemma.  If I stop reading to call her back, or went to fetch her, I would lose the attention of the group so I kept my eye on her and intended to fetch her once the other children transitioned back inside.
But, two more little girls sensed an opportunity for adventure.  And they too, began to wriggle their bottoms to the edge of the mat and closer to the three-step staircase highway to freedom.  With one girl, I just had to say her name gently but firmly to catch her eye, and give her the ‘look’ favoured by teachers everywhere.  Sorted.  But the other was not having any of that.  She KNEW that I was NOT the true authority figure, (unlike most of the other children who just took it for granted that I was).  Knowing this, she decided to test her theory.  She stood up and joined her friend gleefully in the garden.  I was left to quickly call on the permanent co-teacher to guide them back inside.
This is exactly the thing I talk about, this Inner Conviction.
In my own classroom, I always held the space and knew my limits and boundaries by heart.  And so did the children.  My inner conviction about what was allowed, and what was not, and a sense of place established a non-visible boundary line that children knew not to cross.  All it took was a look, a diagonal eyebrow or a wink to let them know I was watching or aware and their push would stop or subside.  But in a foreign space, not wanting to tread on teacher’s toes and not yet fully ingrained in the veiled aspects of classroom management, my inner conviction was slightly shaky.  And so the children pushed it over.
As parents, we must find our Inner Convictions.  If we don’t have it, our children will walk all over us too.  It is as simple as sitting down with our other half and mapping out our shared boundaries, values, limits and discipline tactics, and learning these until they are stuck firm in our minds.  When we know in the depths of our bones what our beliefs and limits are, we grow in confidence and are able to stand tall when faced with a challenge with our children.   This confidence is permeable.  Our children can feel it.
When they sense that we stand tall with a backbone, and are IN CHARGE, they will begin to toe the line.  They will because, honestly, most children want to toe the line.  They like (and respect) the fact we’ve stepped up to take charge.  We release them of their need to push.  We allow them to trust us.  We provide the safe, predictable space and allow them to just be little children, not having to worry about the future or what might happen to them.  It can be as simple as reinforcing to the children, “My job is to take care of you.”  When we hold that as our inner mantra, our confidence in all kinds of tricky situations can grow.I believe our inner conviction frees our children to be children once again.
What do you think about this idea?